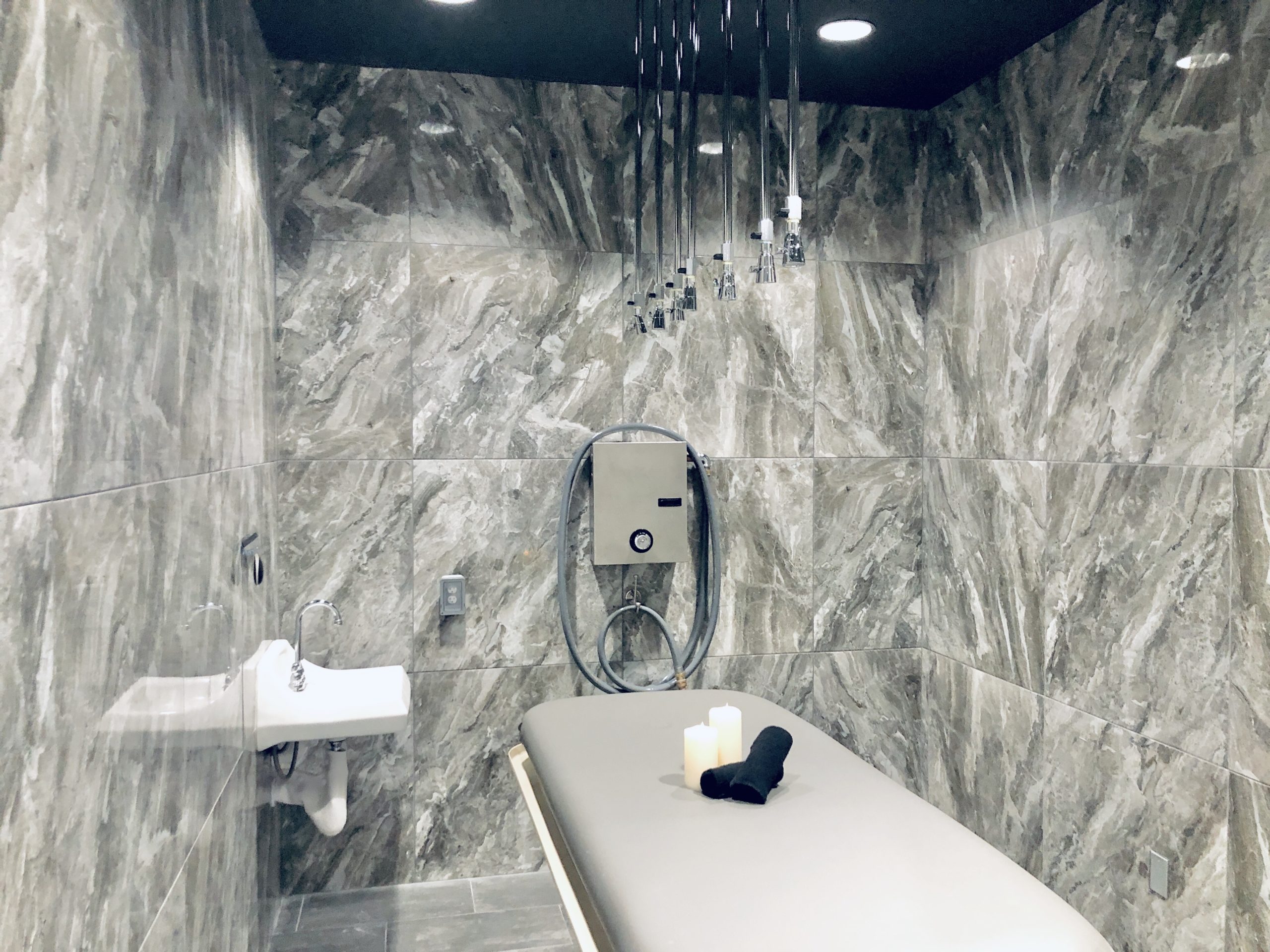 What is Vichy Shower Hydrotherapy?

What is a Vichy Shower?

Many people in San Antonio have never even heard of a Vichy Shower Hydrotherapy Treatment. Here’s how it works!

After you have been welcomed and greeted by our front staff, you will be shown a private room that has our Vichy Shower.

Your Vichy shower, or an alternative hydrotherapy is a unique, luxurious and relaxing experience that uses several shower heads suspended over a table that you lay on with your back facing up. The Vichy Shower uses different pressures and temperatures to massage your back, neck and legs to reduce your stress and help you relax. The shower will be adjusted to YOUR preferences and comfort to provide the maximum benefits including how long you’d like to use it. As the shower jets turn on, your ultimate relaxation will begin and there’s simply nothing else like it.

How did Vichy Shower Become What It Is Today?

The Vichy Shower is named after a city in France! The city of Vichy, France, contains five natural mineral springs. These springs inspired the design of the Vichy shower. A Vichy shower includes five to seven shower heads that are placed in a row over a table. During the treatment, a client lies on a the table while water showers the body. Spas worldwide feature VIchy Showers in some of their most popular hydrotherapy treatments. Some spas use the shower as a complement to massages, wraps and scrubs, while other spas use the Vichy shower as a stand-alone therapeutic treatment. Spas administer a Vichy shower treatment in a specially designed “wet room” with tiled walls and floor and the water during the treatment simply goes through a drain in the floor. The feeling is so unique, it’s almost addictive.

What Are The Benefits of a Vichy Shower?

Relaxation
Treatment with the Vichy shower simulates the feeling of floating on water, which many people find very relaxing. The pulse massage from a Vichy Shower causes tired and sore muscles to relax. A spa technician generally sets the water at body temperature so it is neither too hot nor too cold. The therapist has the option to position the five to seven showerheads separately and to adjust the pressure of the shower and the temperature of the water to the desires of each person.

Immunity Boost
The Vichy shower aids in lymphatic circulation, which allows the immune system to function efficiently. As the showers massage, they stimulate circulation in the body, encouraging the transportation of fluids and blood components to the lymph nodes and back to the heart. This process detoxifies the body, helping it fight infection. The Vichy shower, therefore, can eliminate the negative effects of lymphatic blockage, which include migraine headaches, menstrual cramps, arthritis, fatigue, loss of appetite, depression, acne and cellulite.

Enhanced Spa Services
Spa therapists facilitate the application of scrubs and wraps with the Vichy shower. Depending on which kind of scrub or wrap the client chooses, the Vichy treatment can be invigorating, warming, purifying or soothing, especially when you pair your Vichy Shower Hydrotherapy Treatment with one of our Body Wraps or Facials!

If you’ve never experienced luxury like a Vichy Shower before, you must give this a try! Book your appointment now and relax. You deserve it.